Would A White Man Accept My Special Needs Child?

A recent post on my Facebook community page sparked the question: “Would a white man accept my special needs child?? Any single woman who loves her special needs (or typical) child will always mentally ask this question of any potential suitor. My best friend has an autistic son as do I. As a matter of fact, that is how we met. Our sons were classmates. I was helping her on an online dating service and she sent out a wink to a seemingly nice white man.

In her profile she lays it on the line upfront about her son so there are no surprises later. Well, the person she winked at read my friend’s profile and suggested that she seek out a community of people who had special needs children and look for a mate there. I was done. If he was not interested, all he had to do was ignore or not respond. But he responded and ignorantly suggested there was some kind of colony of warehoused children with special needs and that they should be contained therein.

What an insensitive jerk! Had my friend not blocked that loser, I would have had a few words for him myself. But life goes on. My friend got back out there online and found a wonderful black man who just adores her. I am so happy that my friend found a quality, stand up man who could not only love her, but love and accept her son. 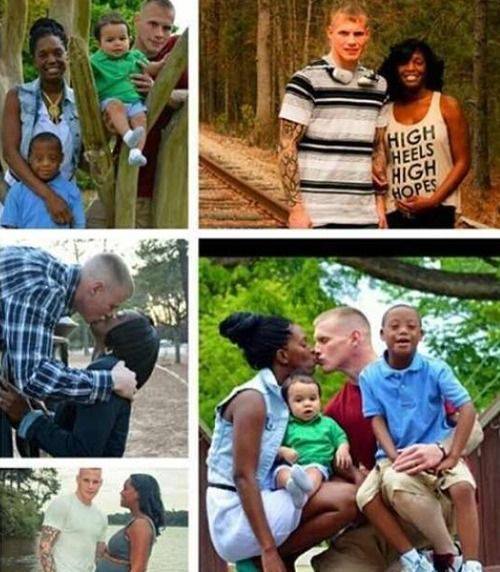 I displayed this fabulous collage pic of Alexis Weise and her family taken off Pinterest. It opened up a flood gate of likes and wonderful, cheering, supportive comments. Well all but two I should say were complimentary. Two black men liked the page in order to make a comment. And their comments were not nice. Both were critical of the interracial marriage and posted their opinions amidst the bevy of well wishers. I have to monitor comments and promptly delete trolling black men, white women and yes even black women who just have to make their hateful and negative opinions known. At times the comments may be up a while until I can get to them. But there are so many wonderful admirers and stand up sisters on the site that in my absence they step up and have their say challenging the trouble makers. I then come through and fumigate with my trusty can of troll spray. When I did return, I did not have to say a word because Alexis herself had challenged the troll identifying the photo as her husband Brent, and sons Dylan and Landon.

Well ______, I’m glad you mentioned that considering it is my family. My kids have a wonderful life, raised to believe in God and they are healthy with lots of love! We were a dual military couple I just got out so that my kids could have some stability and not always without a parent. In order for me to do that I had to have a strong marriage and a husband who was willing to deal with a pay cut for awhile until we got situated in our next lifestyle. Like I said early we believe in God so we knew he would see us through ;-). Our marriage is great! My oldest has DS but even when the obstacles are stacked against him, he overcomes them. Top of his class and considered the leader. I could go on and on but just know we are quite fabulous!

I could not have said it better than Alexis. She was short and to the point. Still, I had to banish Mr. Troll. Alexis thanked all the well wishers, sent more fabulous photos and further shared details about her family and the wonderful way her husband loves her son:

My husband and I actually worked together so he was familiar with my son. I don’t treat my son any different than any other child so I think that made Brent (my husband) feel more comfortable. After the marriage it was hard trying to adjust to a new lifestyle under one roof but we made it work. My husband would talk to other guys who were familiar with Down syndrome and he would go to organization meetings with me. He wanted to learn any and everything about it. He stood up for my son on so many occasions especially when someone used the R-word. I honestly couldn’t have asked for a better mate. He treats Dylan like he is his biological father. He stepped right into the role of fatherhood not knowing anything about being a father. We have been married for 2 years it will be 3 in September and we also have an 18 month old Landon. My husband is active duty army and I got out in December to provide some stability in the kid’s lives. I am currently enrolled in school for Social Services/Mental Health.

To my eyes, it is evident and clearly obvious that Brent not only loves Alexa, but he loves Dylan as he does his own son Landon. Just as in the case with Alexis and her husband Brent, most mothers of special needs children do just fine finding wonderful men who become fathers to their children and they live well and happy. Having a special needs child does not automatically disqualify a mother (or father) from finding love. There may be some additional challenges, but it is being done everyday just as with other single moms. Some choose to dedicate their lives and time to raising their children without a partner and there is nothing wrong with that. But for those who still want love and marriage, don’t let having a special needs child count you out of the game. Continued love, confidence and persistence will win out almost every time.

BBW-land readers: If any of you have similar success stories, please feel free to include a pic of your family in the comments. 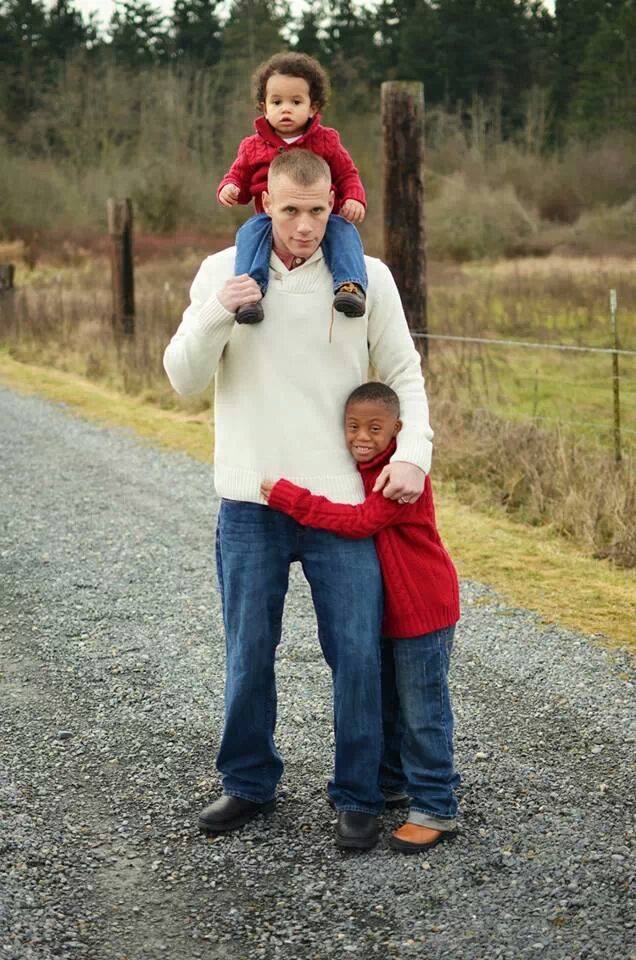 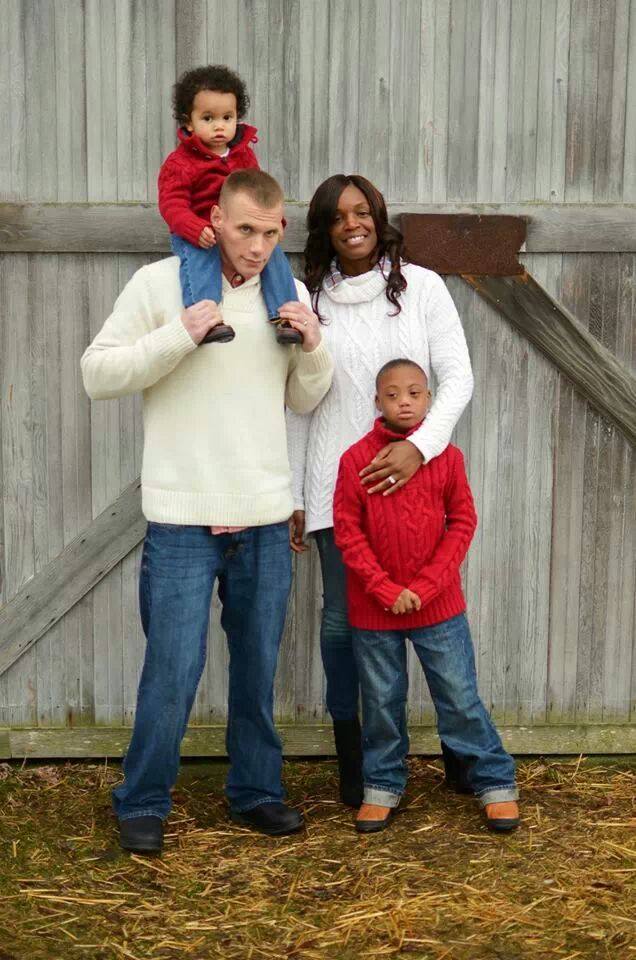 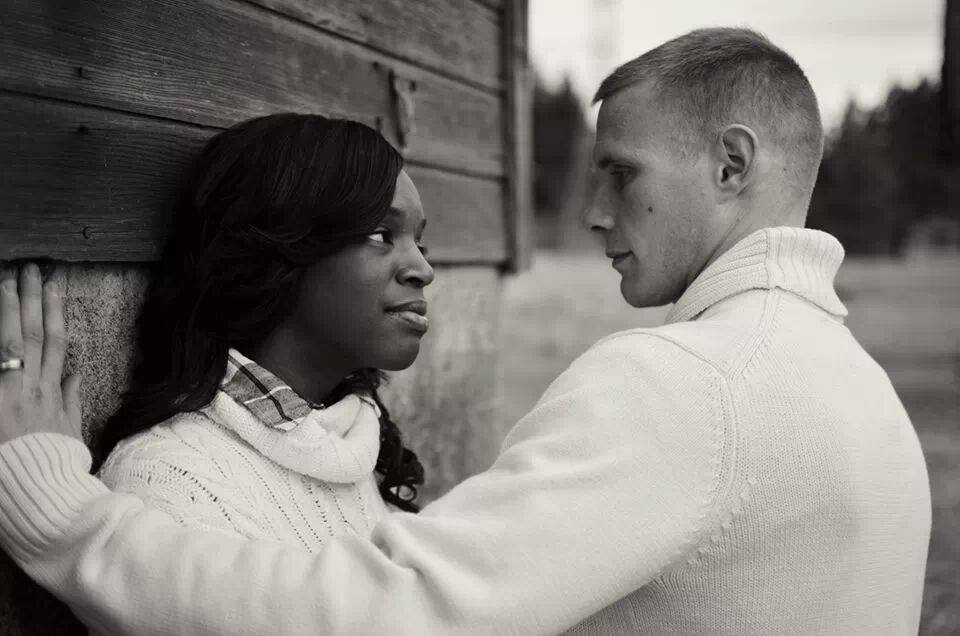 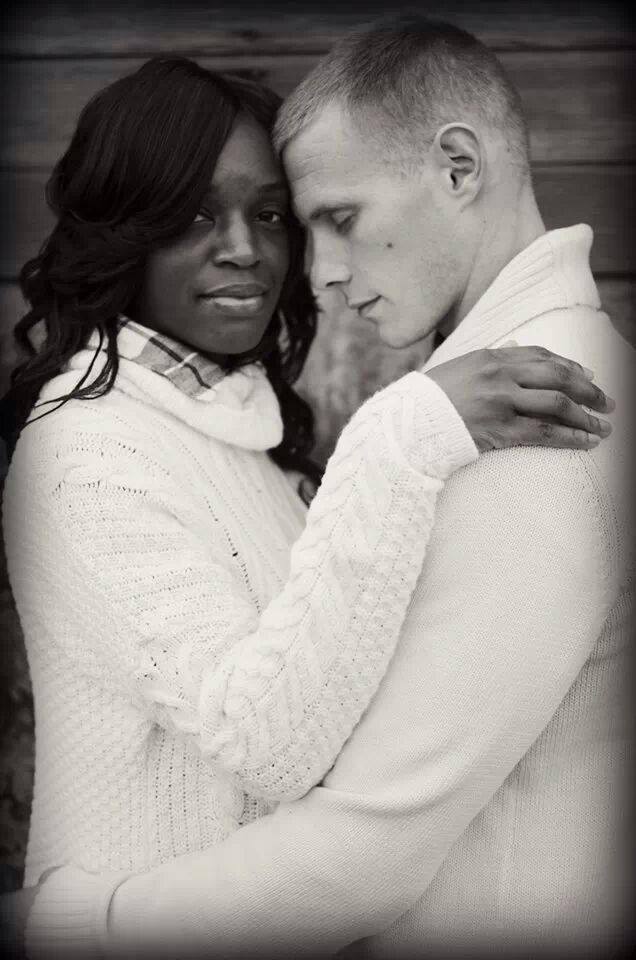 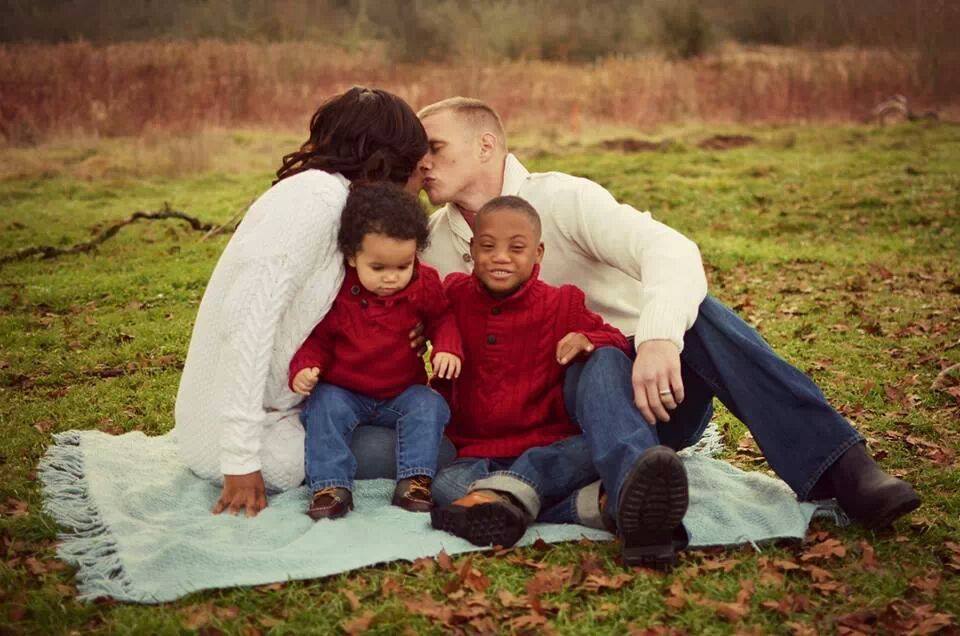 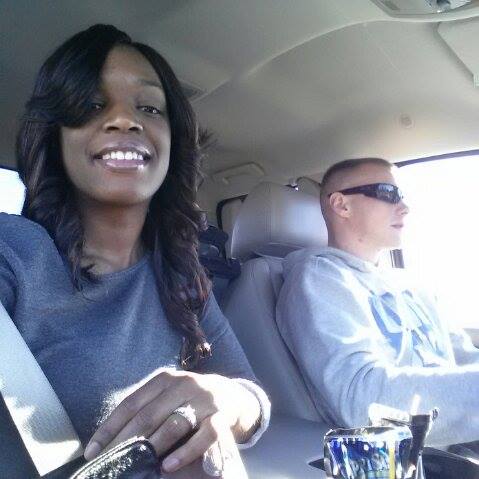 Cross Posted on Beyond Black and White